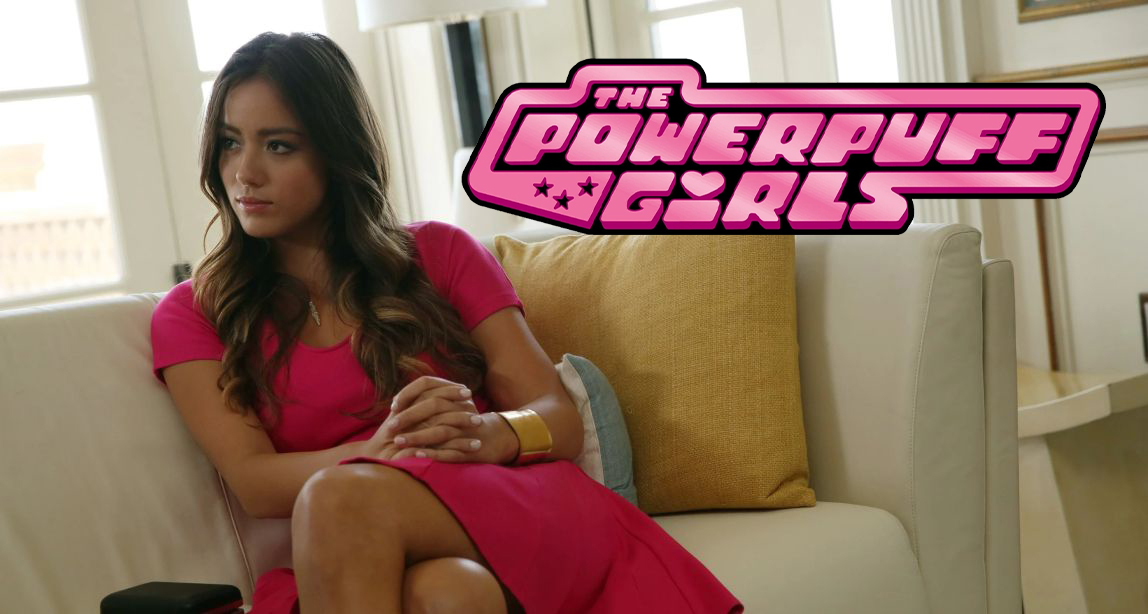 Earlier this summer it was announced that The CW would be adapting a live-action Powerpuff Girls TV Series. Chloe Bennett, Dove Cameron, and Yana Perault were announced to be playing grown-up versions of Blossom, Bubbles, and Buttercup. They even shot a pilot for the show throughout the pandemic several months ago. However, the script for the pilot leaked online and many fans were disgusted by the way The CW was treating their children’s animated characters. The network announced that the pilot would be completely scrapped, rewritten, and refilmed at a later date.

Today, Variety announced star Chloe Bennett has revealed she will be dropping out of the series altogether due to “scheduling conflicts”. Many fans will remember she starred in Marvel’s Agents of S.H.I.E.L.D on ABC. With Marvel Studios ramping up production on Secret Invasion in the next month. Fans are hoping that Bennett may be returning as Daisy Johnson (somehow) in the Marvel Cinematic Universe. The series will be written and produced by Heather Regnier and Diablo Cody. The Powerpuff Girls will begin production later this Fall.

The Powerpuff Girls will debut on The CW