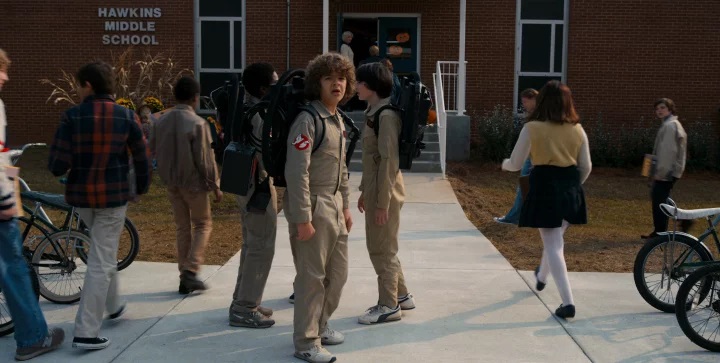 Stranger Things own Hawkins Middle School has had no shortage of hauntings since the first season. The final battle between Eleven and the Demogorgon took place in the small-town school AV Club. However, ever since the first season the school has been more of a backdrop in the mysterious town of Hawkins. With the most recent season primarily taking place in the recently built Starcourt Mall.

Now, we at Knight Edge Media have uncovered several audition tapes for the upcoming season. The tapes include actress Debbie Wood (Like Arrows) reading for the role of Hawkins Middle School receptionist Dorris. In the first tape, a parent is looking for Mr. Brown (replacement for Mr. Clarke?) in the AV Club for their child Ryan. The receptionist mentions that the AV Club has been canceled by Mr. Brown. In the second tape, the receptionist scolds a middle schooler named Robert and mentions that some spooky sounds are being made on the 3rd floor of the school.

Looks like the (presumably) final season will once again return to where it all started:

Stranger Things season 4 is expected to begin filming January 2020; being released in 2021