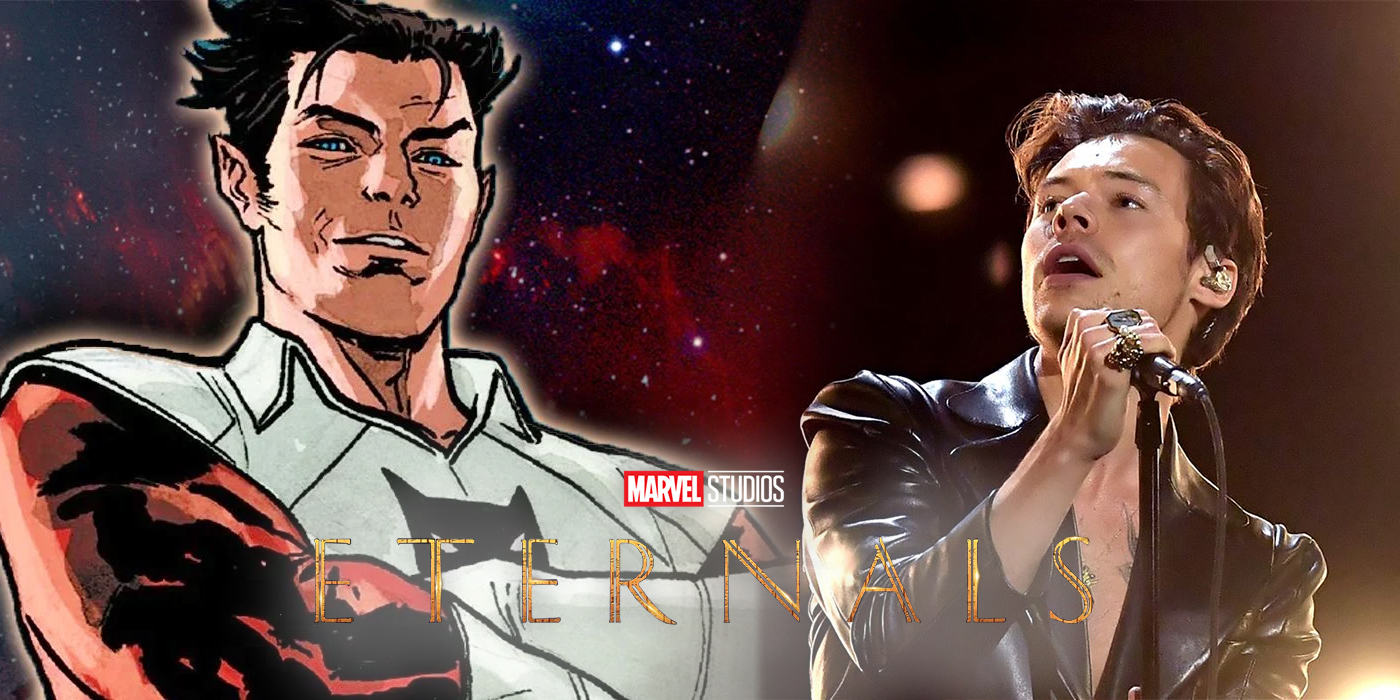 Today, Marvel Studios’ recent venture, Eternals, debuted in theaters. While many critics have given the film the lowest score of any MCU film on Rotten Tomatoes, fans seem to enjoy it still. Now, as Marvel fans have learned in recent years to stay after the credits, this film was no different. The post-credit scene revealed the very first look at Harry Styles as Starfox. Harry Styles recently crossed over from music to film with Christopher Nolan’s Dunkirk and next year’s Don’t Worry Darling. The casting was kept under wraps throughout all of the production but was unfortunately leaked several weeks ago during press-only screenings.

In the comics, Starfox (also known as Eros) was the pink-skinned brother of Thanos (played by Josh Brolin). He is also the father of Star-Lord but in the MCU that was rewritten to be Ego the Living Planet (played by Kurt Russell) in Guardians of the Galaxy Vol 2. The Snap that happened at the end of Avengers: Infinity War seems to have affected Thanos’ former family.

Eternals is in theaters today