It was falsely reported over the weekend from CCXP Brazil that DC Comics is indeed moving forward with a Shazam! 2 starring Zachary Levi. However, now today it has been officially announced the film will indeed be making it’s way back to screens April 1st, 2022. This is only 4 months after the release of Black Adam starring Dwayne Johnson which hits December 22nd, 2021. This could finally lead to the final throwdown between the arch-enemies in Shazam 3. The studio is also moving fast on these sequels before the child actors outgrow their roles. David F. Sandberg (Anabelle: Creation) is expected to return and direct after he finishes up his smaller horror adventure project.

It looks like DC Comics is finally making a push to make the long-in-development Flash movie starring Ezra Miller. Every time the film looks to start production a director drops out of the project or Ezra Miller signs onto yet another film. However, it looks now that The Flash will finally be made after Miller is done filming Fantastic Beasts 3. The film will also bring famed horror director Andy Muschietti (IT, Mama) to direct Miller as the Scarlet Speedster. It’s expected for Billy Crudup will return as Henry Allen. As well as Kiersey Clemons as Iris West. The film is slated to finally hit theaters July 1st, 2022. 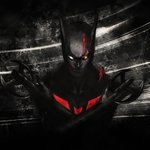 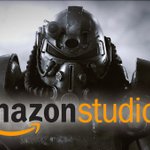 Ya’ll are gonna be in for a treat at #DCFanDome 👀👀👀