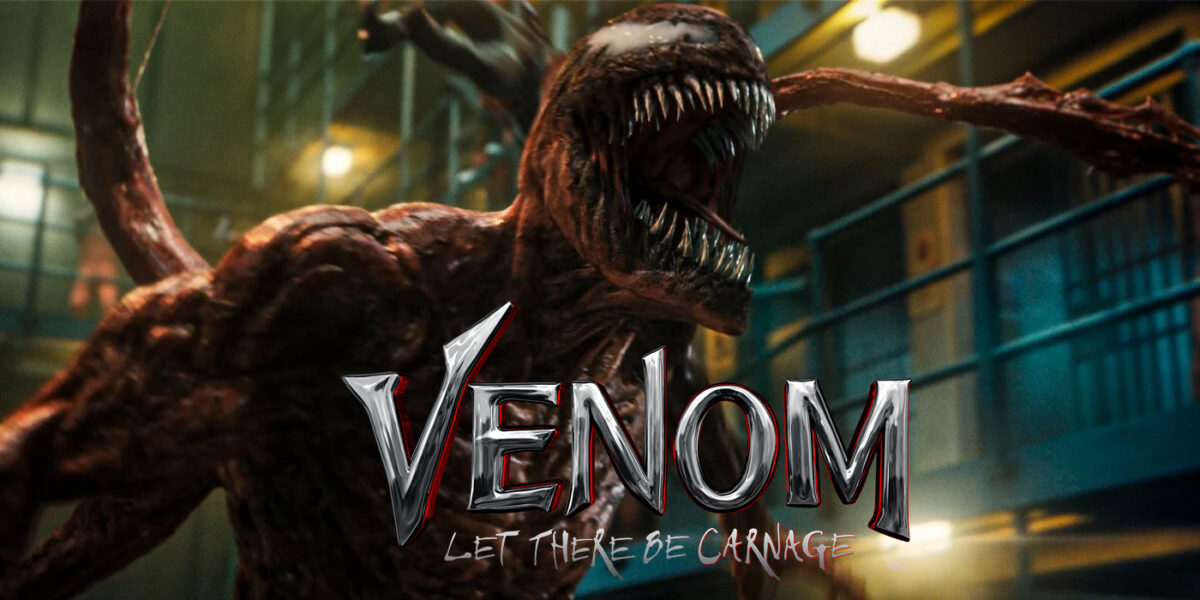 Several weeks ago, the first fan screenings for Venom: Let There Be Carnage debut. Star Tom Hardy specifically asked the lucky few not to reveal the secret mid-credit scene added to the film. Unfortunately, that was impossible as the descriptions leaked immediately after the screening. Now that the film has been opened globally in theaters, everyone else has had a chance to view the mega shift in the Sony-Marvel Universe.

After Eddie Brock/Venom finally destroys Carnage, the two end up running from the authorities. However, they have accepted the life of becoming a lethal protector helping the weak by eating bad guys. The two end up on a remote island living out their lives together. Venom mentions that symbiotes have extensive knowledge of the universe that Eddie Brock wouldn’t understand. While speaking with one another, an earthquake and flash of light appear outside their bungalow. When the earthquake stops, the two notice they are in “another” bungalow. They look at the television to see Tom Holland’s Spider-Man appear on screen without his mask. Venom licks the screen of Peter Parker, and the scene ends.

While speaking to The Hollywood Reporter, director Andy Serkis reveals that discussions to bring Spider-Man into the Sony-Marvel Universe had happened before he took the job. “[The mid-credits scene was] 100 percent in flux, yeah. It couldn’t have been more in flux-y if you tried. Yeah, of course, it was something that they talked about from before I even came on to the movie. There were moments where he [Spider-Man] was going to be in the story, potentially, and then he wasn’t. But no, we decided that we wanted to examine the Venom-verse first. So as we were going through principal photography, the inevitable discussions had to be had, but it wasn’t until very, very late on that we reached the precise notion of the teaser that we wanted to lay in there.” We at Knight Edge Media revealed in 2019 that Sony was considering adding Spider-Man (unknown which version) to the film. Was it going to be an alternate “Sony-only” universe version of Tom Holland’s Peter Parker? And then, in 2020, it was revealed that the studio had spoken to Tom Holland to appear in a possible third Venom film.

READ ALSO:  TRAILER: 'Loki' Is Lost Through Space and Time

Now we know that the master plan from Amy Pascal and, by extension Kevin Feige was to expand the Marvel multiverse. Due to the events of Loki, Doctor Strange 2, and Spider-Man: No Way Home all past Marvel universes can become canon to the MCU. It looks that Eddie Brock has been brought to the current MCU following the events of Far From Home with the reveal of Peter Parker. With No Way Home introducing the multiverse Sinister Six of past Spider-Man films; it’ll be interesting to see if the extended Sony-Marvel universe will also appear going forward. It looks like we will need to see Jared Leto’s Morbius understand why Michael Keaton appears as Vulture fully. As we know it, everything is up for grabs to be canon to the Marvel Cinematic Universe…

Venom: Let There Be Carnage is in theaters now