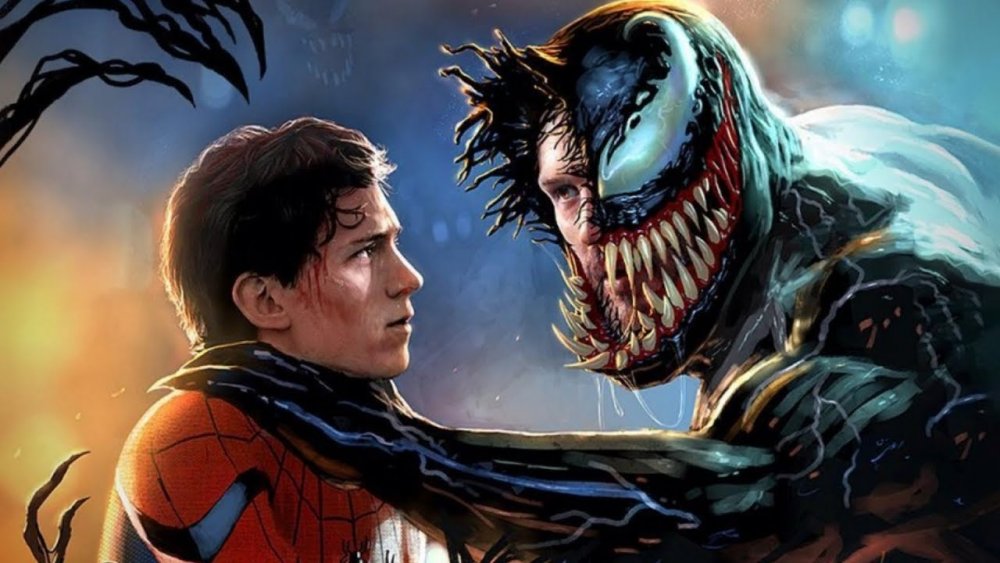 Earlier this week, Geeks World Wide revealed something new regarding the state of Venom 2 and the overall Sony Spider-Man universe. According to the report, Sony is courting actor Tom Holland (Spider-Man: Far From Home) to reprise his role as Peter Parker in Venom 2 starring Tom Hardy.  However, the report speculates this would be an alternate version of Peter Parker; not the one fans have become fond over in the Marvel Cinematic Universe starting with Captain America: Civil War.

The reason is that Sony wants to incorporate Spider-Man into their own Spider-Verse films including Venom and eventually a Sinister Six film. However, Sony had reached a deal with Disney to once again lend the character out to Marvel for a third solo film and another team-up movie. Ever since the deal was announced back in September fans have theorized that this will indeed be the end of Spider-Man in the MCU. With the character possibly entering the “Spider-Verse” and landing in the world where Venom already exists. This would keep the universes “separate but together” in a matter of speaking.

As Marvel Head Kevin Feige stated back in September:

“Spider-Man is a powerful icon and hero whose story crosses all ages and audiences around the globe. He also happens to be the only hero with the superpower to cross cinematic universes, so as Sony continues to develop their own Spidey-verse you never know what surprises the future might hold.”

The studio could go with the Ultimate Peter Parker look and give Tom Holland the distinct blonde hair in this universe. However, in the Ultimate universe, Peter Parker eventually dies and passes the mantle of Spider-Man to Miles Morales. Which of course Sony can do once Peter Parker is fully in the Sony Marvel universe and not the MCU. Only time will tell if a deal can even be made to allow Tom Holland to appear in Venom  2. Marvel may veto this decision if it directly conflicts with Holland’s contractual agreements to the MCU.

Venom 2 began filming in November in the UK at Leavesden Studios. Andy Serkis was brought on to direct the project. With Tom Hardy and Woody Harrelson returning as Venom and Carnage.