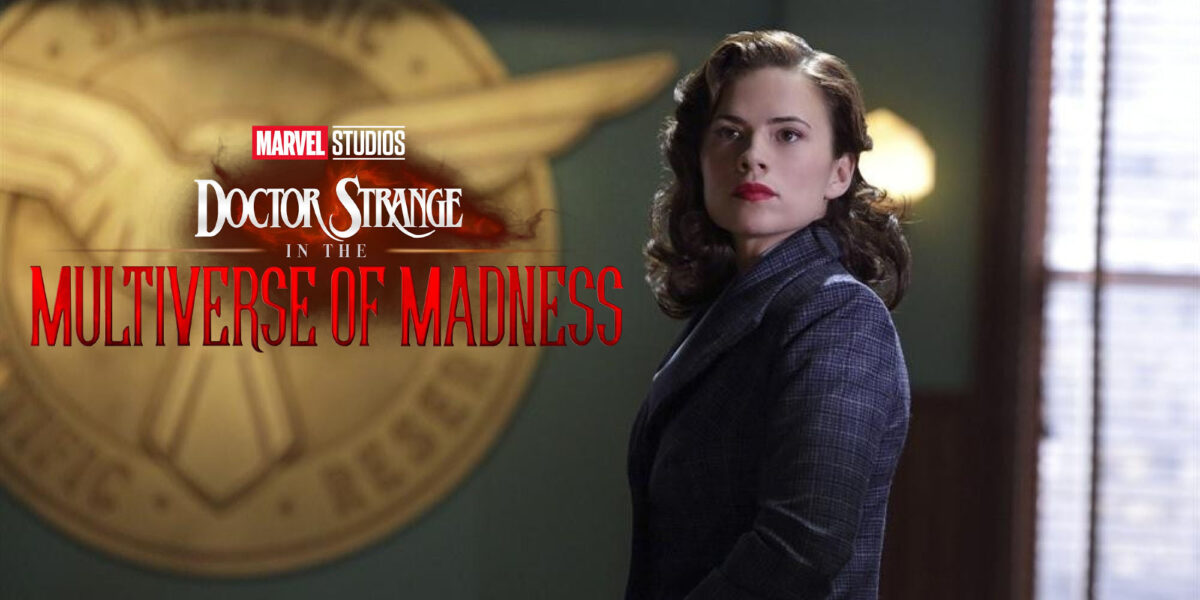 Hayley Atwell’s role in the Marvel Cinematic Universe as Peggy Carter has spanned multiple films and her own television series on ABC. The actor will next be seen voicing an alternate version of the character in the What If? TV series. The show will ask the question, “what if” Peggy Carter had taken the Super Soldier Serum instead of Steve Rogers. She will then lead the Howling Commandos as Captain Carter. The show is set firmly in the MCU in case that was ever a question.

Now, Daniel Ritchman posted on his Patreon that multiple animated characters from the What If? The Series is expected to appear in Doctor Strange in the Multiverse of Madness. The film will also include Hayley Atwell again playing the Captain Carter version of Peggy Carter in the massive film. Given that the film is already wrapped without a single leak, it’s interesting to discover other secrets we have yet to learn about. Sam Raimi boarded the project to direct. With Benedict Cumberbatch & Elizabeth Olsen returning as Doctor Strange and Scarlet Witch.

Don’t be surprised when Captain Carter makes the multiversal leap from #WhatIf to live action. https://t.co/WfOhNfZpgV

Disney+, Doctor Strange in the Multiverse of Madness, Marvel Studios, What If? TV Series