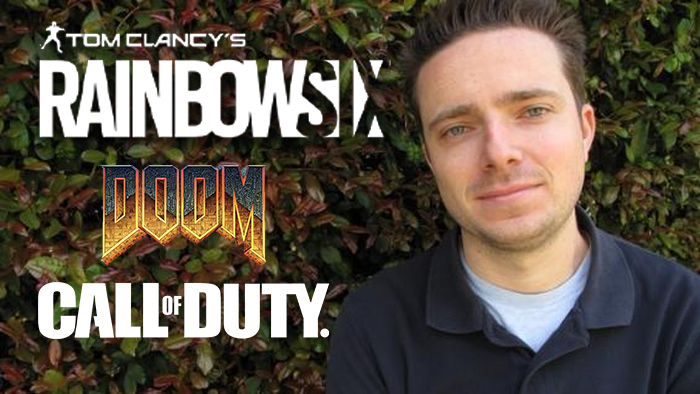 In recent years, screenwriter Greg Russo has been the studio’s go-to writer for video game adaptions. He recently wrote the live-action Mortal Kombat feature film that was released earlier this year on HBO Max. He was also announced in 2019 to be penning a script for a live-action Space Invaders film and an adaption of the Saints Row franchise. He also helped rewrite the rebooted Resident Evil that has since moved to Netflix.

Now the writer has teased he will be writing and directing an upcoming adaption of a classic “First Person Shooter”. Many franchises come to mind, like Splinter Cell or Call of Duty. However, both are expected to become TV shows and this sounds more like a feature film. Other fans have suggested a reboot of the Doom franchise, which had a critically panned film in 2005 starring Dwayne Johnson. Another possibility is a Wolfenstein adaption.

Another possibility would be a Rainbow Six feature film starring Michael B. Jordan. Jordan appeared in Without Remorse as John Clark earlier this year that set up a sequel about the spec-ops team Rainbow. If Amazon Studios wanted to move forward with the sequel, it could also see a crossover with John Krasinski as Jack Ryan.

Long time no tweet. Excited to say I’m closing a deal to adapt one of the greatest FPS games of all time but not just to write, to DIRECT this time! Excited for some creative control 😉 … Details coming real soon. Big love. ✌️#Bygamers4gamers.