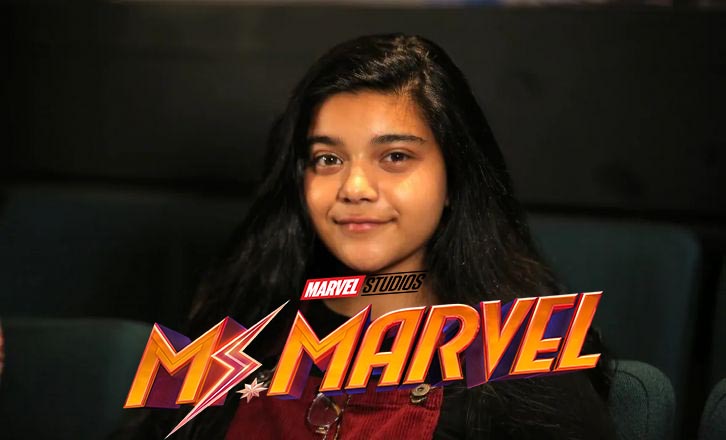 Today, Deadline announced that up and coming actress Iman Vellani has been cast in the lead role for Marvel Studios Ms. Marvel. She will play the role of Kamala Khan a Pakistani-american superhero with powers of the Inhumans.

Iman Vellani was part of a group of High Schoolers who were invited to the TIFF by CBC Canada last year and spoke about the film Hala “I think the one that actually just spoke to me the most was this little film called Hala, and it was just beautiful the way that Minhal Baig, the director, projected her entire life story into this charming character of Hala who is this Pakistani-American-Muslim teenager with immigrant parents, actually just like myself, so I was really able to relate”

The character has been a favorite since her introduction in Captain Marvel #14 in August 2013. Taking over the mantle os Ms. Marvel from Carol Danvers. She also appeared as the main character in this year’s Marvel’s Avengers video game. Production on the series begins next month.