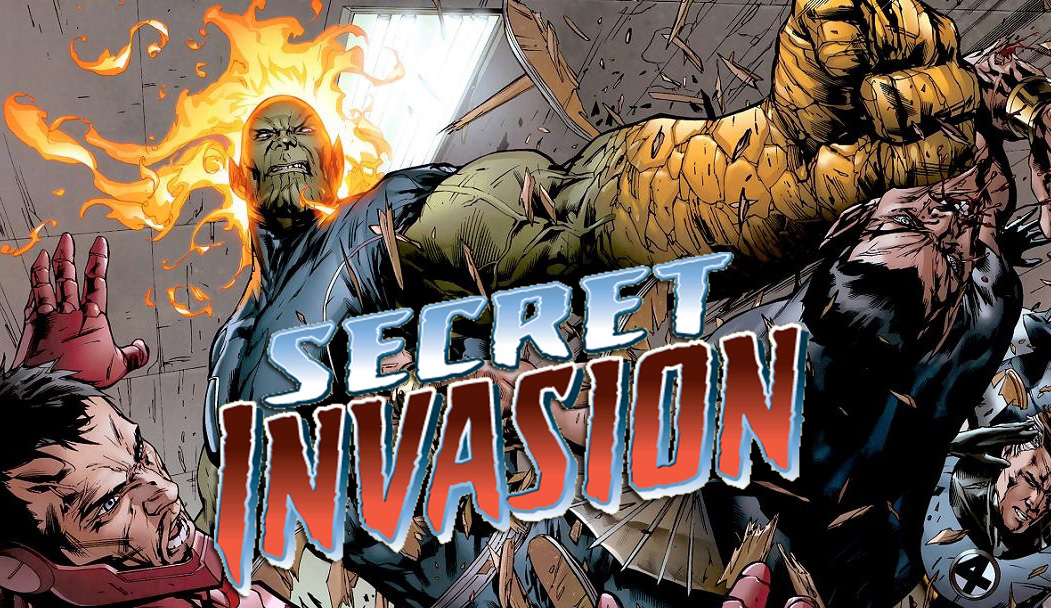 Late last year we had learned that Agents of S.W.O.R.D would be introduced into the Marvel Cinematic Universe through WandaVision. Set photos indicated that Monica Rambeau (Now played by Teyonah Parris) is an agent working for the secret organization after the events of Captain Marvel. As well as Nick Fury stranded on a Skrull space ship after the events of Spider-Man:  Far From Home.

It is now being revealed that Marvel Studios is looking to develop a Secret Invasion Disney+ series; that will directly into Captain Marvel 2 with the introduction of S.W.O.R.D. It should be noted with the acquisition of 20th Century Fox; Marvel now has access to the Super Skrulls. Who not only take on the form of heroes but also replicate their powers.

The studio is also looking at developing a Secret Warriors Disney+ series. The team was loosely used in 2016’s Agents of S.H.I.EL.D led by Quake (played by Chloe Bennett). However, as we have since learned Agents of S.H.I.E.L.D does not take place in the MCU. This iteration of the team will most likely be a brand new team of heroes.

These two new shows, as well as Iron Heart being brought to Disney+, indicate Marvel Studios is here to stay…