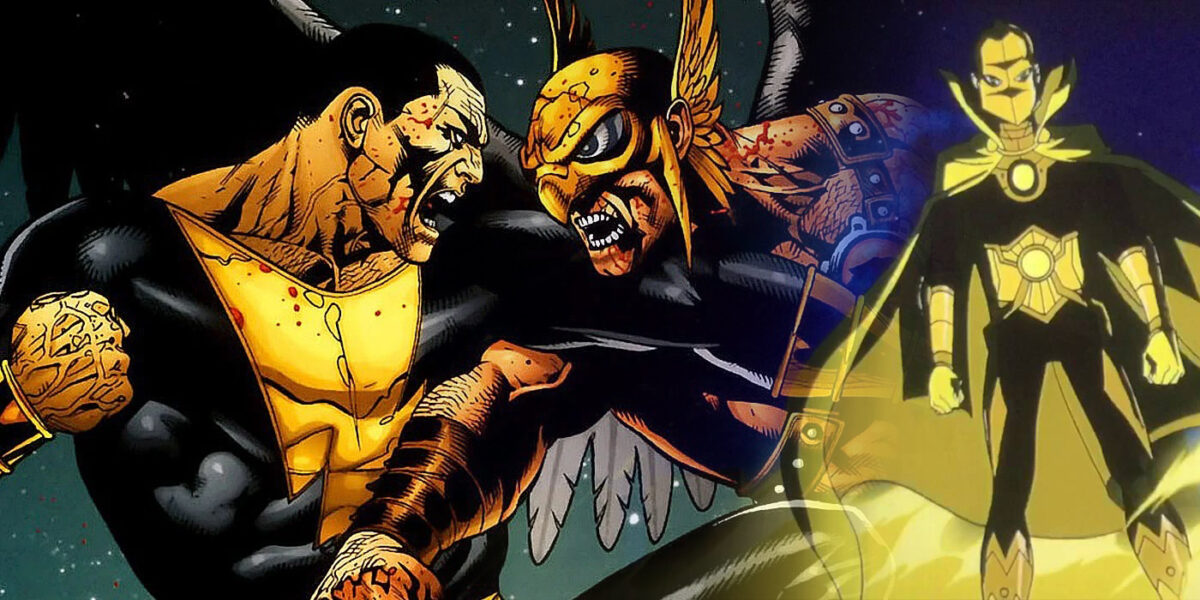 Today, several reports came out regarding which DC Comics characters will appear in Dwayne Johnson’s upcoming film, Black Adam. The long-in-development film will take place long before Billy Batson is bestowed as the Champion of Shazam. So while the two will not be meeting in this film Black Adam is expected to meet a few others.

While speaking with ScreenRant Dwayne Johnson himself confirmed he will not be meeting Shazam in this film but will meet members of the Justice Society of America. This goes along with a report from March by That Hashtag Show that said the film is expecting to cast for the roles of Hawkman, Stargirl, and Atomic Smasher. The studio is looking for a male between (30-39) to play Carter Hall “landing someone the audience can believe could go toe-to-toe with the Brahma Bull.” With the other two skewing younger (20-29).

Another report from Heroic Hollywood also mentioned that the film will feature the first feature film adaptation of fan-favorite sorcerer Doctor Fate (He appeared in Smallville and referenced in Constantine). The film will also feature Black Adam’s wife Isis.