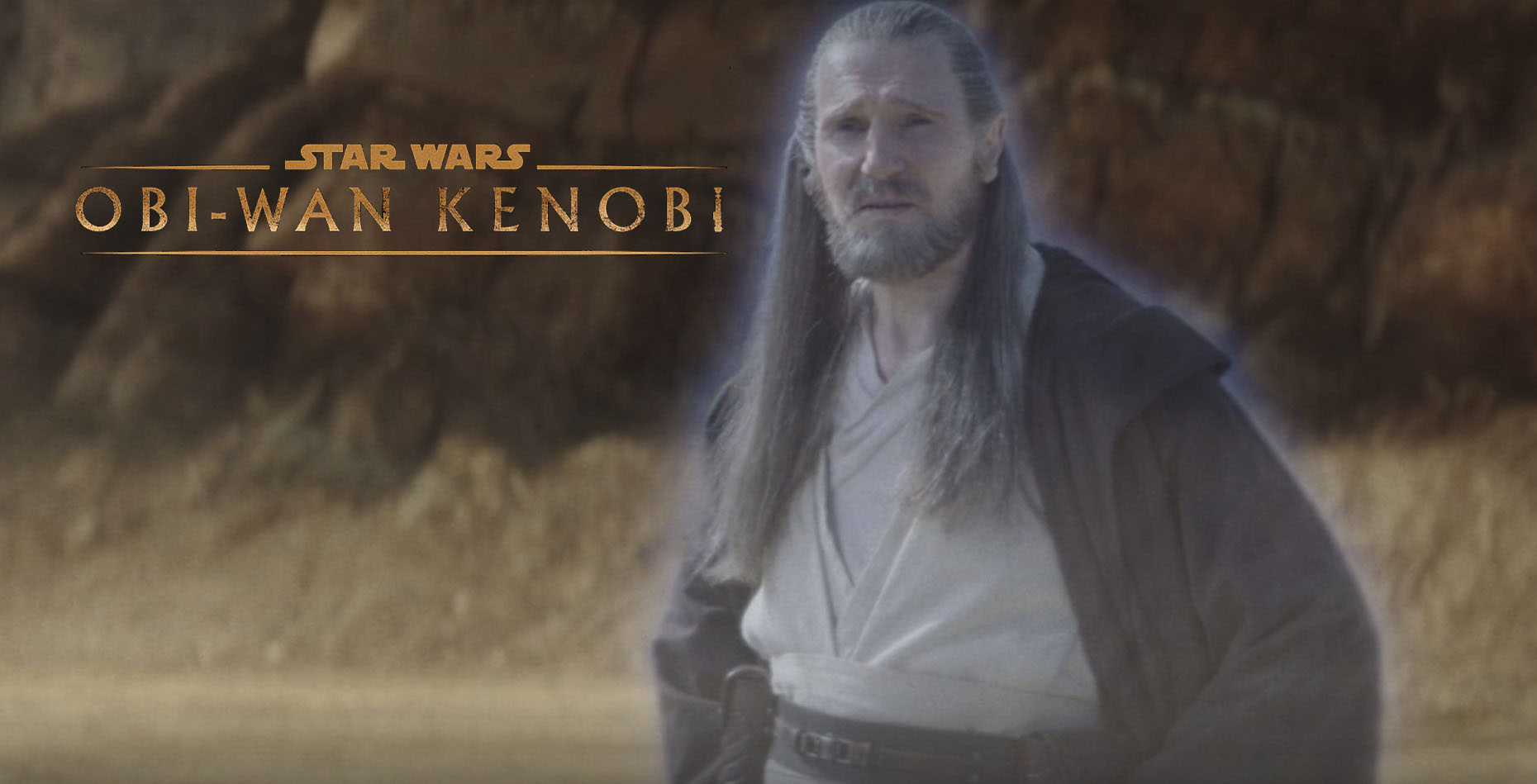 During the final moments in the Obi-Wan Kenobi series finale on Disney+, the force ghost of Qui-Gon Jinn finally reveals himself to Kenobi on the dunes of Tatooine. The series was long teasing the return of Liam Nesson as the deceased Jedi Master, but it was still unknown if the actor would even want to return after 20 years since The Phantom Menace. The cameo was extraordinarily brief but satisfying as Obi-Wan finally forgave himself for Anakin and opened himself back up to the force.

While speaking with The Hollywood Reporter, actor Liam Nesson reveals he always wanted to return and was happy to do it for Disney:

“I certainly didn’t want anyone else playing Qui-Gon Jinn, and I wanted to show my respect for George [Lucas] and that mythical world that he created. Plus, Ewan [McGregor] is a pal, and I loved working with him during The Phantom Menace 25 years ago.”

The actor returned to lend his voice to the character (though he wasn’t actually Jinn) in The Clone Wars animated series. If a second season does move forward it’ll be interesting if this scene sets up Jinn’s influence and teachings to Kenobi.