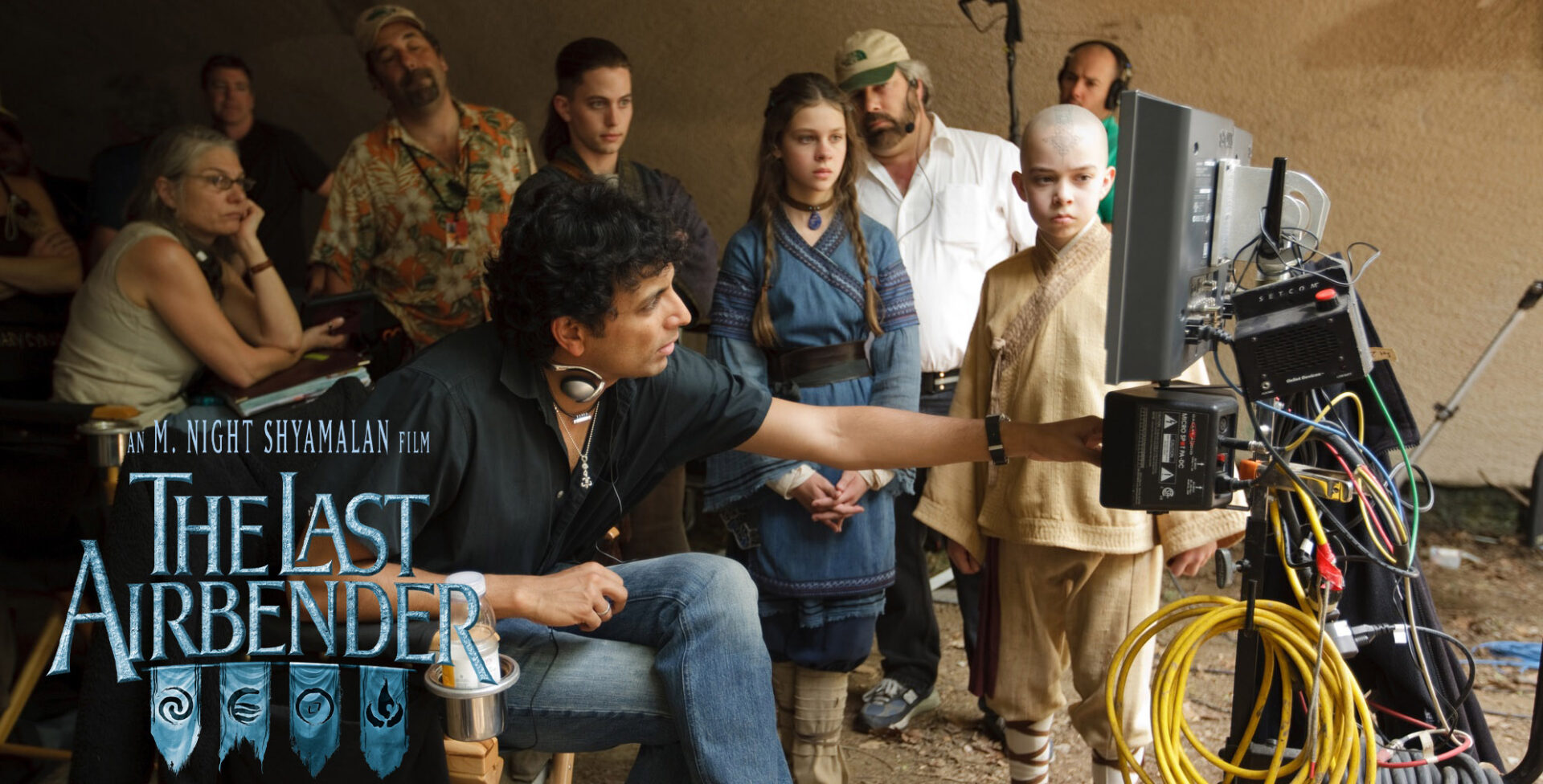 The Village and Signs director M.Night Shamaylan was hired in 2008 to write and direct a live-action film based on the first season. Paramount Pictures, in partnership with Nickelodeon Films, began the casting process that included Nicola Peltz (Deck the Halls) as Katara, Jackson Rathbone (Twilight) as Sokka, and Dev Patel (Slumdog Millionaire) as Zuko. They held open casting call that found their Aang in newcomer Noah Ringer. The studio found itself in the middle of an online debate regarding the new term “racebending”. As fans of the show noticed, the main hero cast consisted of Caucasian actors, while the film’s villains were brown-skinned actors. However, not everything is as it may appear on the surface.

Many Airbender fans assumed that “once again” Hollywood has taken an anime-inspired property and made the heroes white instead of Asian (or Indigenous). This type of casting happened just a year before in 2009’s Dragonball: Evolution when Justin Chatwin was cast as Goku. An online petition went out to recast the film, but Airbender was too far into production to stop what had already been done.

According to a 2014 forum post on AvatarSpirit.net (via Archive.org), a post claimed to be a part of the film’s production team. The post states that the Paramount Pictures producers were swayed by Nicola Peltz’s wealthy father for a role in the film. She had only been in two films before Airbender and had a subpar audition for the role. Her father was hedgefund manager Nelson Peltz. The producers didn’t think much of the Asian and Indigenous cultures featured in the original show. The producers most likely never watched the original show and just wanted to capitalize on the young adult crazy of the early 2010s. Due to the popularity of Twilight, actor Jackson Rathbone was hired as Sokka because he could pass as Peltz’s older brother.

The studio went on to cast singer Jesse McCartney in the role of Zuko. Someone along the line noticed that the entire cast was white actors and spoke up about the situation. McCartney dropped out of the role, and the studio offered Dev Patel the role (via Entertainment Weekly). The studio thought bringing in a younger Oscar-caliber actor like Patel could only help the film. He had also just come off a fantastic performance in Slumdog Millionaire. The studio cast the entire Fire Nation around Patel, including Aasif Mandvi as Zhao, Shaun Toub as Uncle Iroh, and Cliff Curtis as Firelord Ozai. Out of pure ignorance, nobody saw that the film’s heroes were white-skinned fighting against brown-skinned actors as the villains.

At the end of the day, the producers were the force behind the entire cast for The Last Airbender. Director M. Night Shyamalan was simply told that this was the cast he had to work with. Their ignorance and lack of knowledge of the show coupled with Nicola Pletz’s original casting snowballed into the racially questionable cast presented on film. The only highlight was Noah Ringer when he was originally cast for Aang, as he did beat out every other actor from his audition and martial arts experience. He simply needed guidance on set while working with a green screen. Unfortunately, after Airbender, he only went on to film Cowboys & Aliens before quitting Hollywood altogether.

Finally, the post goes into the film’s budget mostly spent in Greenland for the beautiful opening scene but was moved to Pennsylvania to cut costs by the producers. They built green screen sets in an old high school and airplane hangar. They had also brought on a ghostwriter to cut down Shaymalan’s original script that co-creators Bryan Konietzko and Michael DiMartino originally blessed. Shyamalan lost fight after fight with the studio at every turn throughout production. While the studio did technically break even at the box office it killed the chances of the planned trilogy. By the end of the entire experience, Shaylaman lost his passion for the original series. He just took his check and never spoke about the movie again.

The Last Airbender is on DVD & Blu-Ray today