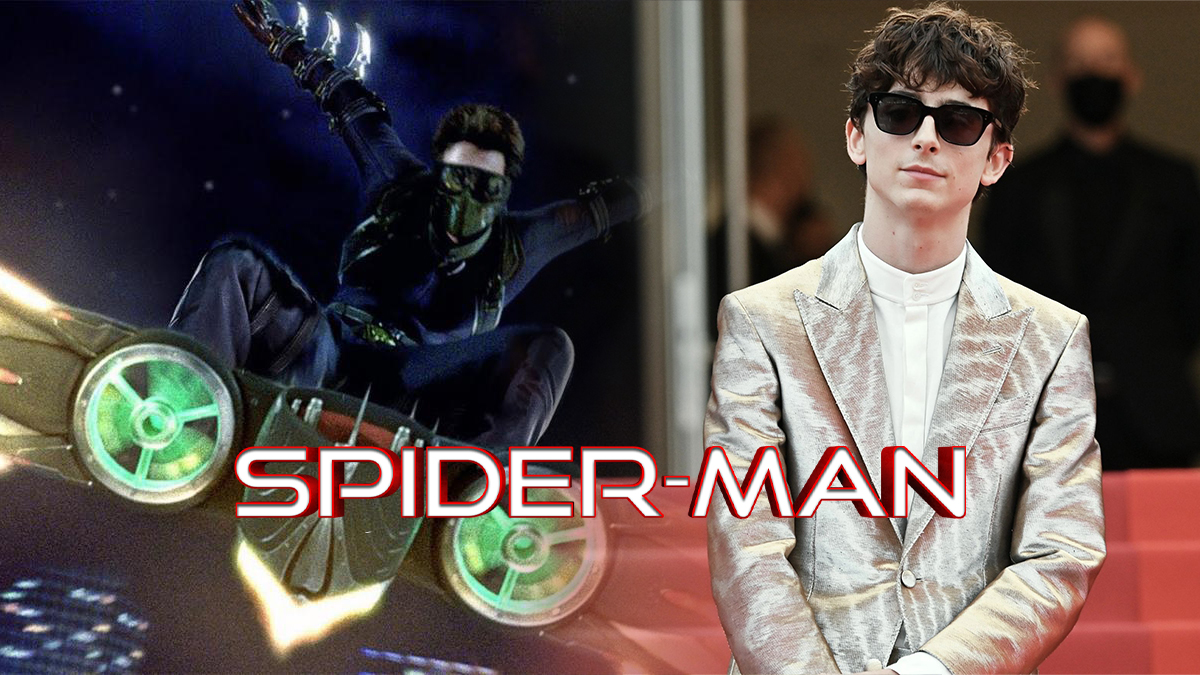 A question that has plagued the Marvel Studios Spider-Man trilogy has been the inclusion of Norman and Harry Osborne. While a version of Green Goblin will appear in Spider-Man: No Way Home, played again by Willem Dafoe. Star Tom Holland has yet to tap into the friend turned enemy storylines of Harry Osborne like the previous two trilogies. A long online fancast for the role of Harry Osborne was for actor Timothée Chalamet (Dune) to now take on. Many don’t know that Timothée Chalamet was on the shortlist to play Peter Parker (via The Wrap) back in 2015 before Tom Holland was cast.

Now Tom Holland has revealed during the press tours for No Way Home that how he would love to see Timothée Chalamet take on the role if the character. “I think it would be good to bring him in as a [friend] and then he becomes bad, and then he can be a villain. He’d be a good villain.” Co-Star Zendaya added, “I think he would be a good friend of Spider-Man. Or a foe of Spider-Man!” Fans have also said that Timothée Chalamet‘s Intersteller on-screen father Matthew McConaughey could be the MCU’s version of Norman Osborne as well.

Spider-Man: No Way Home debuts next week in theaters