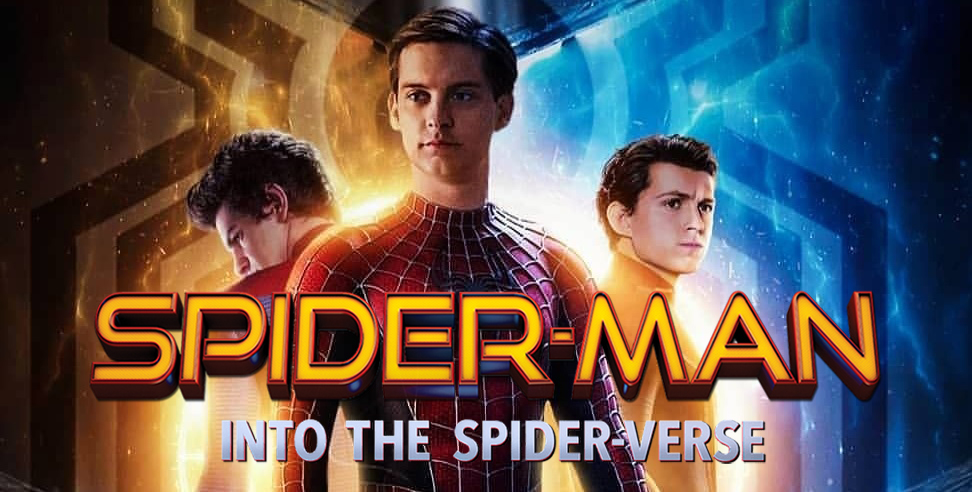 Rumors have been running rampant regarding Marvel Studios upcoming Spider-Man 3. The film began filming earlier this month in Atlanta. The film will see Tom Holland return as the web-slinger against Jamie Foxx as Electro. As many remember, Jamie Foxx played Electro in The Amazing Spider-Man 2. That is when it became apparent that the final film in the MCU Spider-Man trilogy could actually be a live-action adaption of Into the Spider-Verse.

Now, all we know for sure is that Jamie Foxx is indeed in the film, as confirmed by the actor. Surprisingly, on his account, the actor posted a fanart image of 3 Spider-Men looking up into the sky towards Electro. It was quickly taken down by the actor within the hour, which added even more fuel to the fire. What could it all mean? It seems that Kevin Feige has had this in the works long before the animated Spider-Man: Into the Spider-Verse film was released.

At Knight Edge Media, we have heard that several actors from both The Amazing Spider-Man universe and The Raimi Spider-Man Universe could possibly appear in the sequel by Daniel Ritchman’s Patreon. The rumored title for the film is also Spider-Man: Homeworlds keeping with the “home” title from the previous films. Now the first rumor is that Tobey Maguire could return as an older Peter Parker from the Raimi universe. However, the side-rumor with that is Maguire wants a larger role in the film, thus halted his contract negotiations.

The other rumor is Sony and Marvel also want Andrew Garfield to return as The Amazing Spider-Man version of Peter Parker. However, Garfield is hesitant to return after he was fired from The Amazing Spider-Man 3. Many don’t know during the Sony leaks of 2014; it was revealed that Andrew Garfield became extremely sick during a press tour for The Amazing Spider-Man 2 in Japan. As well as making comments, Peter Parker could be bisexual in the third film. The Sony executives in Japan took offense to his absence and comments. So, he was ultimately let go from the third film and the planned Sinister Six film by director Drew Goddard. It would make complete sense of why he would never want to return after something like that.

We had also heard that Dane DeHaan and Emma Stone could also appear in this sequel. Dan Deehan played Harry Osborn and the Green Goblin in The Amazing Spider-Man 2. While his appearance isn’t completely out of reach, Emma Stone’s Gwen Stacy died in The Amazing Spider-Man 2. A possible workaround is that she is from yet another earth as Spider-Gwen. On that earth, Peter Parker died in her arms instead of the other way around. That would add a dynamic to Andrew Garfield’s Peter Parker meeting another version of Gwen Stacy that died in front of him.

Today, Geeks World Wide got word that Alfred Molina may be returning to play Doc Ock once again. Molina played the character in Spider-Man 2 and is considered one of the best performances in any Spider-Man film. He did, however, die at the end of the film to save Peter Parker. It’s unknown how he would have been able to survive the fusion-reactor bomb that he brought down on top of him in the Hudson River. In the past, Alfred Molina made comments to Collider that he would return as Otto Octavious in a heartbeat for a Sinister Six film.

Lastly, what about all the spin-off Spider-Man movies Sony has developed, including Venom and Morbius? The studio has recently announced other films, including Spider-Woman, Madame Spider, and Kraven the Hunter films. The real connective tissues between all 3 universes are in the spin-off films. The recent trailer for Morbius confirms that Vulture (played by Michael Keaten) would cameo in the film. Keaton also played Vulture in Marvel Studios Spider-Man: Homecoming before being sent to Rikers Island.

It was also a surprise that J.K Simmons returned as J.  Jonah Jameson in Spider-Man: Far From Home. He originally played the character in all 3 Raimi Spider-Man films. It has also been revealed that the actor will return as Jameson in all the spin-off Spider-Man films.

It seems entirely too convenient for all these different actors to be returning for different versions of the same character. The problem is that this could possibly be too big of a film to even hold all the crossover characters. However, if Marvel does decide to introduce the Sony multiverse into the MCU it will all begin with WandaVision and Doctor Strange 2 discovering the multiverse, to begin with. Because as of now Benedict Cumberbatch is also slated to appear in the film as Peter Parker’s mentor after Tony Stark. As we know it Spider-Man will never be the same after this film.