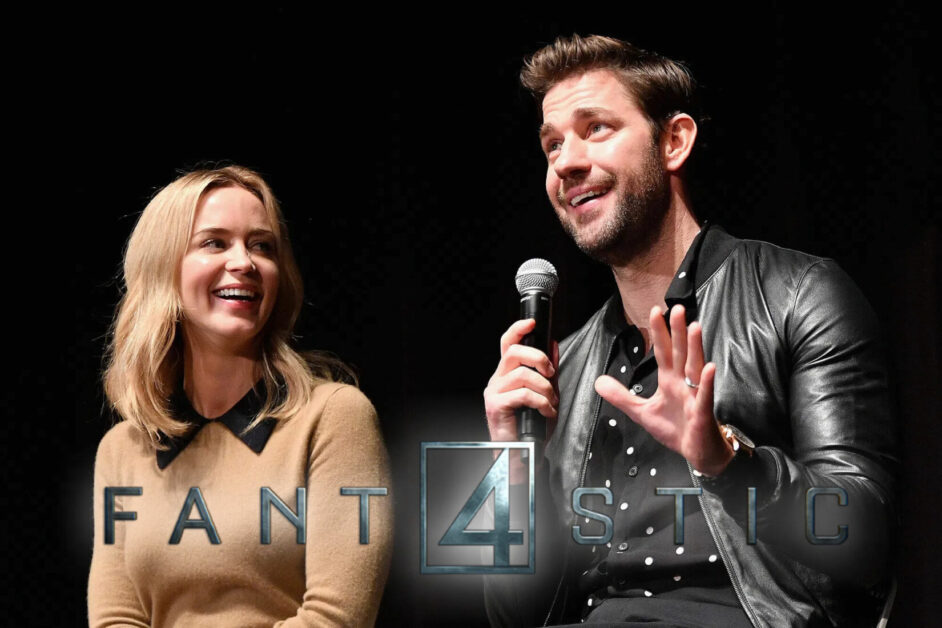 John Krasinski and his wife Emily Blunt have been wanted by Marvel Studios for over a decade. John Krasinski was one of the finalists for the role of Captain America before the role went to Chris Evans. While Emily Blunt has been offered (and turned down) multiple roles in the MCU including Peggy Carter (alongside Krasinski), Black Widow, and most recently Sirsi in The Eternals.

Needless to say, the studio has wanted her for a variety of franchises within the MCU. However, after A Quiet Place was a massive success and brought the couple together on the same film many fans have begun fan-casting the duo to star in the Fantastic Four as on-screen couple Reed Richards and Sue Storm. This comes off Disney-Marvel purchased Fox Studios which brought Marvel’s First Family home.

Now according to Geeks World Wide, during this global pandemic with COVID-19 it seems John Krasinski has indeed met with Marvel Studios via remote meetings. While this doesn’t mean the studio met him specifically for Fantastic Four (which has yet to be given a release date); fans have already seen this has the first step to Krasinski joining the MCU. It should be noted it could be for any number of films they have yet to announce in their upcoming slates. Kransnsiki has also shown he can be a capable director with A Quiet Place; which would also be an option for the studio.