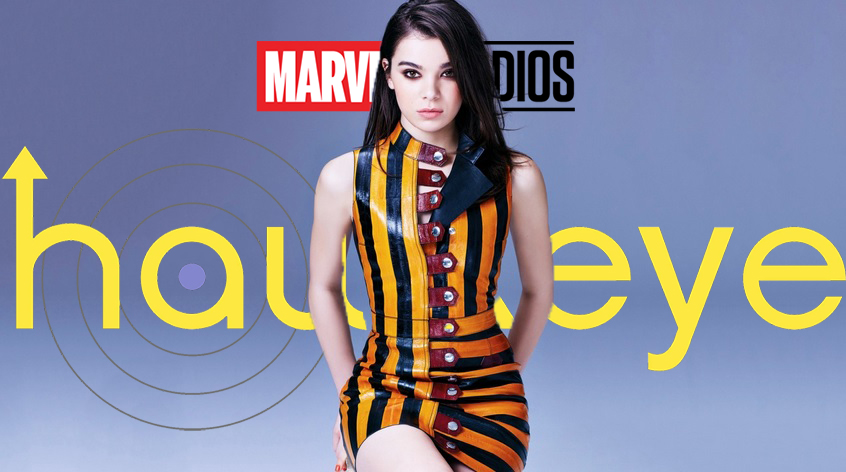 Last year it was revealed that actress and singer Hailee Steinfeld (Pitch Perfect, Bumblebee) was the frontrunner to play Kate Bishop in Marvel Studios upcoming Hawkeye Disney+ series. She would star opposite Jeremy Renner as his apprentice. The released concept art from D23 even used her likness for the role.

The actress never would talk about the role this year and it was assumed that the role fell through due to her Apple+ series Dickinson being picked up for another season. As well as her music career put on hold due to the COVID-19 pandemic.

However, earlier this week the actress announced her birthday was coming up on Instagram. Hawkeye co-directors Bert & Bertie responded to the post with purple hearts (Kate Bishop wears a purple suit). Leading many to speculate she had indeed signed onto the role secretly.

While production has now started in New York City before moving to Atlanta; Charles Murphy of Murphy’s Multiverse was sent an exclusive set-video the actress on set being filmed. Confirming the actress has indeed been cast as the Young Avenger.

Hawkeye will stream exclusively on Disney+

A new set video of Hawkeye, Kate Bishop and Lucky in the Disney+ ‘HAWKEYE’ series has been released.