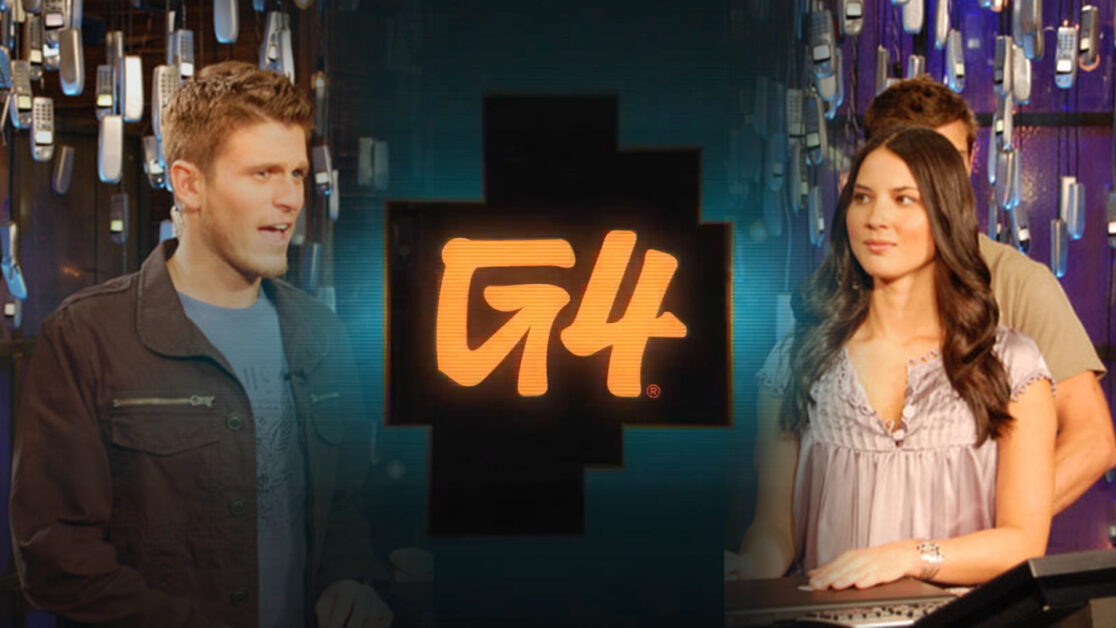 Today, during IGN’s ComicCon@Home coverage; an unprecedented announcement was made. A cryptic teaser trailer was published that had the G4 logo and the year 2021 attached to it. Suggesting a relaunch of the company is underway. G4 was a cable channel in the early 2000s that showcased original programming that featured the latest video games and movies but was canceled in 2014.

The show also included up-and-coming hosts Blair Herter who now works for DC All Access and Chris Hardwick who founded the Nerdist. Chris Gore was also featured with his DVDuseday segment of AOTS every Tuesday. It’s unknown if any of the original hosts will return for the reboot but the teaser was posted to X-Play and Attack of the Show twitter pages indicating the original shows will also return. Many of the original hosts were unaware of the relaunch.

Attack of the Show, G4tv, X-Play