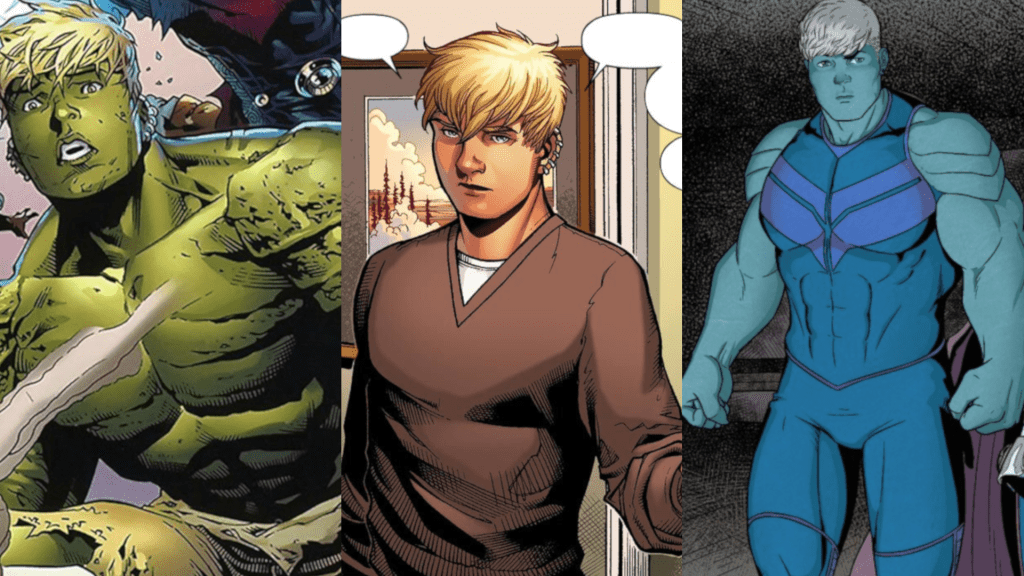 Over the past several day’s many reporters (including Daniel Richtman) have heard that Marvel is looking to add yet another Young Avenger into the MCU. The Illuminerdi now has learned that Teddy Altman, aka Hulkling will indeed appear on WandaVision Disney+ series. Teddy (16-23) is described as “Skrull who requires help from S.W.O.R.D. in order to remain safely on Earth.”. And as we have learned from recent set photo S.W.O.R.D will indeed play a major role in the show and MCU moving forward. After the fall of S.H.I.E.L.D in Captain Amerca: The Winter Soldier.

Separately, it has been rumored for some time that Wiccan another Young Avenger (and Hulklings boyfriend) will also appear in the show. In the comics, Wiccan discovers he has a long lost twin brother named Speed. Both of whom are the children of Scarlet Witch & Vision. Recent casting call (and since deleted audition tapes) have confirmed that twin boys were being looked at for the series. It’s only a matter of time before we get a Young Avenger series or film set in the Marvel Cinematic Universe.

This has since been debunked…

WandaVision will stream exclusively on Disney+